In 1830, Irish tax official Ennis. Aeneas Coffey improved the columnar continuous distiller and became the Coffey Still used today. At the earliest, Ichiro Shinji, who imported wine into Japan, opened Yodoya Hotel Hotel in Osaka. In 1923, he came to the bamboo crane politician who had studied in Scotland and chose Yamazaki Distillery in the suburbs of Kyoto.Born in the family of Taketsuru Wine, Mr. Taketsuru went to Glasgow University in Scotland to study applied chemistry in 1918, and actively visited the winery. Finally, he got an internship opportunity at Longmore, and he took all the internship knowledge. And the experience is copied in its "Bamboo Crane Notes". During this time, I met my later wife, Rita, but after returning to China, because the family could not agree with the international marriage, Mr. Taketsuru filial piety went out to work separately; not long after he was found to be the director of Yamazaki Distillation, he started his life in the house. (Today's Suntory) Japanese whisky production plan. 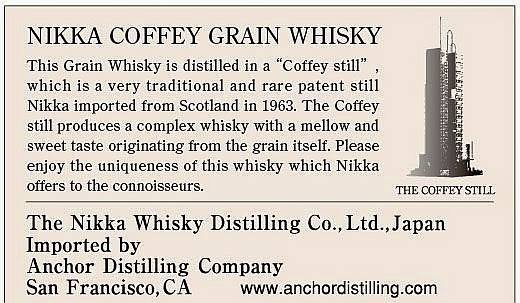 In 1934, due to different wine making concepts and other factors, Mr. Taketsuru left the life house and built the Yoichi Distillery in Hokkaido, which originally belonged to the establishment of the Nikka brand. The original Japanese fruit did not have the aged whisky product. Available for sale, it is maintained by selling apple juice. In 1967, Miyagikyo Distillery was established on the outskirts of Sendai City. On August 29, 1979, Takeshi Hiroshi died in Tokyo and was buried in Yushi with his wife. As for the famous Coffey distiller of the Japanese whisky, Yamamoto, who made the Asahi wine in 1963, was first introduced to Japan for use in Saburo. Six years later, Asahi Brewery sold the Coffey distiller to Mr. Takesuru due to operational problems. 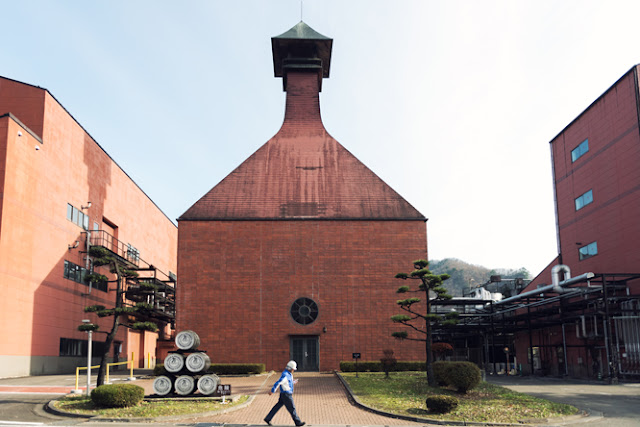 The Asahi Group (Asahi), which cooperated with the Nikka wine brand (Nikka), legally produced gin and vodka and stopped manufacturing in 1995.

On July 2, 2014, the 60th anniversary of the establishment of the Japanese whiskey, began preparations for the production of cereal white spirits with Coffey distiller; after three years of research and development, the product was officially launched. In July 2017, the corn liqueur and barley malt spirits produced by the Coffey distiller were mixed, and the Nikka Coffey series was filtered using birch charcoal. 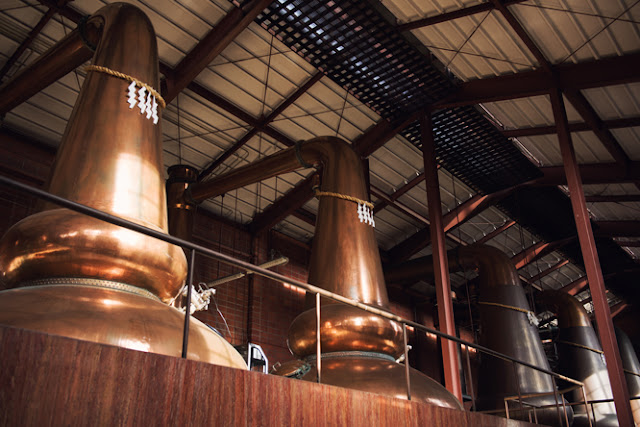 While most distilleries use their Coffey stills only to make grain whisky, Nikka use the two Coffey stills at their Miyagikyo distillery to create malt whisky too. The Nikka Coffey Malt Whisky was introduced to their selection of expressions in 2014. Plenty rich and flavoursome, it's a wonderful addition to Nikka's fantastic range.

Previously only released as part of single casks, Nikka decided to add their Coffey Malt to their core range in 2014. Distilled in a Coffey still normally used for grain whisky production, the malt is delightfully fruity and spicy.

Traditional Scottish malt whisky is made using a single (copper pot) distiller and distilled at least twice. The Japanese malt whisky style is also a process that follows the Scottish malt whisky. Recently, Japan has been recognized by the international competition for its own unique style. The French "Aeneas Coffey" invented the "continuous distiller" in 1831. Later, the most commonly used distillation technique for various spirits, the "grain whiskey" in Scotch whisky was made using this technique. Simply put, the use of "single distiller" to "continuous distiller" to make "malt whisky", resulting in NIKKA COFFEY MALT WHISKY.

The beginning is the malt scent of the flour, and the alcoholic smell of the plastic bubbles of some white spirits. Smell it again and turn it into a milk-flavored wafer cake. The very light wine has a distinct taste. It is just a quick change. The aroma of the citrus-flavored wooden barrel immediately appears to be elusive.

The caramel taste is creamy, and the weight of the wine is not burdened. It is swollen into the throat and swollen. The warmth does not burn, accompanied by the citrus fruity, the tail rhyme stays in the throat, and the finish is long.